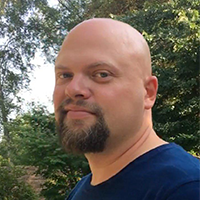 Borderland is a community that creates events to “explore the space between dreams and reality”. Their work is characterized by self-activation and stepping out of leadership with enthusiasm and a poetic vision that is broad enough for people to identify with. Events are heavily influenced by the 10 principles of Burning Man in addition to their own unique set of principles and culture. The official organization exists only to conduct a single annual event, although some see Boderland as a community of event organisers.

Started 2010, Borderland was inspired by the live-action roleplay event, Futuredom. A decade later, 10 of the former participants decided to get together for a similar experience and to explore the space between dream and reality. The event quickly grew and reached a 3,200 person memberships in 2019. Memberships are distributed equally through a lottery system and the fees cover the basic infrastructure. The event is entirely co-created by the participants.

Their goal is to explore the space between dreams and reality. What Borderland does is dream prototyping: participants have a vision the community is seeing if it can prototype it together into some degree of existence that can be shared.

Interview
What key member activation techniques does Borderland use?
1.
CLOSE

At Borderland, people self-activate. Everybody has dreams, everybody sits around in winter and talks about those dreams with their friends. Eventually someone says, “Hey! let’s do that at the Borderland.” Our engagement model is vision-based. It’s the drive towards self-actualization of our members that buys them into the community, not the invitation part. People are activated because we’re meeting their needs.

We have zero marketing and use word-of-mouth communication. We do something that people find magical and different and so they go home and tell people what they love about it. That is how we create growth and further engagement and activation.

Another layer is the organisational part. Many past participants come back and want to contribute again. Then the machinery gets rolling and pulls them into roles and an organisational frame that sets up the canvas for Boderland dreamers. We use online channels as frames to share our principles. We developed two in-house organizational tools:

READ LESS
What is needed to keep people engaged and active?
2.
CLOSE

The key element is the role naming we use. Other events distinguish between tickets-buyers and volunteers, we don’t make that distinction and everybody is a member. There are some conflicts when members try to create more distinctions, but generally we try to implement as little distinction into classes as possible.

Another important point is to train our leadership to say no and to decline things. Leaders tend to get a lot of momentum going and then they just take it and lead. We remind them to ask people to do things themselves, providing help through coaching instead of taking over.

At borderland people self-activate but they need help and advice that pushes them into taking their own initiative. We achieve this through advice processes where they have conversations with stakeholders to help them identify the necessary work-streams. We believe in leadership through surrender. We move from delegating to making people feel they are doing it themselves within a true participatory culture. We make it part of our culture to let people step into their leadership.

Borderland is an organisation that has a real currency and costs at its core that needs to be budgeted, planned, managed efficiently and been thought of in terms of profit and saving: that currency is enthusiasm. If you have enough enthusiasm you can make things happen.

READ LESS
What is your secret ingredient?
3.
CLOSE

We have learned how to turn failure into successes. We have our fair bit of crises but these are often the best things that happen to us.

For example, we operate using Dream grants as a significant part of our budget. Dream grants are pots of money to turn a certain vision into reality. In our drive to decentralise we built a platform to allow everyone to participate in the process of allocating the money. This came with tons of difficulty as it can cause a lot of friction when a dream is not supported by the community. Enthusiasm and inspiration can be a double edged-sword. We reacted by creating a culture where conflicts are met with vision and poetry that can generate growth instead of draining energy.

While enthusiasm is Borderland’s main ingredient, our true secret ingredient is the poetic vision, ambiguous statements and flowery language that inspire people and allow them to galvanise their dreams and inspirations.