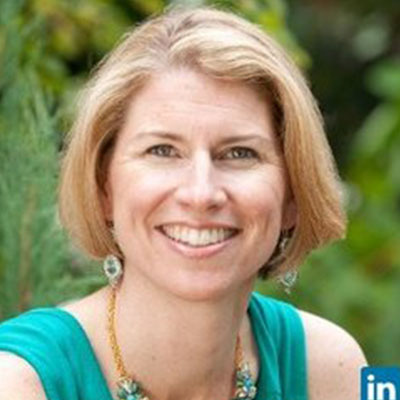 With more than 233 community members, the League of Intrapreneurs is continuously working on ensuring that engagement and participation levels in the community stay high. The community’s shared values focus on transparency, co-ownership, and distributed decision-making. Co-budgeting is useful for creating a participatory culture around financial governance and operationalising these values within the community

We are a global learning community of intrapreneurs and catalysts driving change from within. Our members are prototyping the future of work, cultivating cultures that are more authentic, innovative, collaborative, and ultimately more meaningful. The League exists to mobilize our incumbent institutions as collaborative partners in systems of change. To unlock the human potential inside our most influential organizations to create a more prosperous, equitable, and sustainable world.

Interview
Why did you decide to try Cobudget and what did you learn?
1.
CLOSE

Member Maggie de Pree shared: “Combining a clear ask with real money was very powerful. And it helped to have such a simple tool, that makes it easy to give everyone a voice while being able to benefit directly as well. Bringing money to the table made things very concrete.”

READ LESS
How did you distribute roles for the co-budgeting process?
2.
CLOSE

Member Florencia Estrade shared: “Designing the setup and roles for this round was quite a hard exercise for us (…) We had never thought about how people’s roles could translate into decision-making power at such a micro level. When we were finished designing the model and looked at who would have how much voting power in this scenario, it was a weird feeling to see that the system we had designed would dilute our power as leaders. It really helped raise important questions about our governance that needed to be clarified.”

The League network consists of a number of different roles, such as stewards (League advisors), local catalysts (who represent local communities), global catalysts (who support and facilitate the global community), and learning partners (people who collaborate on projects with the League). To reflect this in the setup of their Cobudget round, Maggie and Florencia attempted to design an allocation system that reflected these different roles and their corresponding responsibilities. This meant that a person fulfilling more than one of these roles at once received more voting power than someone playing only one role.

READ LESS
What are some learnings and tips you want to share with communities who are interested in implementing co-budgeting practices?
3.
CLOSE

“Making good decisions as a group is a muscle that needs to be trained, and it requires time and patience.”  Francesca Pick