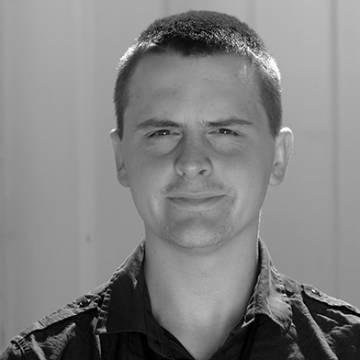 Every community has its own learning agenda and the journey that members embark on to define that agenda varies depending on the priorities of the community. The DIF undertook a rigorous process to understand its members’ preferred engagement styles, channels and degree of involvement by holding focus groups and open calls for content submission.

The DIF (Disruptive Innovation Festival) is a fully online experience which aims to shift mindsets and inspire action towards a circular economy. Curated by the Ellen MacArthur Foundation, it invites people to share disruptive ideas and stories on a number of topics and attracts a worldwide audience, and sparks critical conversations and participation through a combination of live interviews, films, and podcasts.

Interview
How did DIF evolve over time?
1.
CLOSE

DIF started in 2014 and was initiated as people began consuming content online. The original idea was a combination of a festival around art and music but then a massive open online course (MOOC) created a buzz around all the content that was shared.  Nowadays, DIF has a huge online community where people comment on all social media channels. This is one of the ways the community stays connected and shares content.

As DIF started, they hosted 300 virtual sessions over four weeks, with five main stages and open microphones. Having said that, since the internet is having such a massive impact on how content is shared and how accessible information is, DIF has certainly faced challenges on how to get people’s attention. Communities are focused a lot more on trust these days which has shaped DIF’s offering. DIF is seen as a trusted offer and hosts shorter events (160 sessions in total) which ensures high quality and reliable content.

READ LESS
What kind of approaches are you using within your learning agenda?
2.
CLOSE

Having mentioned that, it is so fundamentally important to speak to different learning styles of people and offer different lengths and modes. And again, it’s so important to mention that it took DIF four years to grow and to continuously adapt their offerings.

Initially, all sessions were one hour long and required a sign-in. Now, all sessions are without registration and they each have a shorter, 15-minutes versions online which highlight the key content. For those interested in the entire content, they can watch the 45 live shows. The shorter versions have a lot more viewers than the longer versions and other channels, such as YouTube, increased viewership tremendously and made content more accessible.

READ LESS
How did you co-create the agenda with your community?
3.
CLOSE

When designing a learning agenda for your community, it’s important to find the most effective ways to engage your community so the learning offer reflects what they need. DIF invited their community to a focus group in order to really understand what the community was expecting when they joined, and to understand what they aim to get out of being part of this community. The focus group was comprised of a sample of 30 people and they each received a voucher in exchange for their time. This was a crucial part in their journey because every session that is put online by DIF has to bring value to the audience, otherwise they will not come back.

During DIF’s learning agenda journey, they decided to have an open call for content so their community was actually deciding what they wish to see. They realised that when the community sourced topics, they were quite broad but it certainly adds value. The selection criteria they use is: looking for positive solutions rather than problem focused input and invite wider system perspectives. And DIF just continues to do a lot of user testing which influences their learning agenda on an ongoing basis.

Usually, people who provide input for the learning offers are often experts in their own topic and mostly, those that are experts struggle to bring their messages across to the audience. It is so important to always remind yourself to be putting yourself in the shoes of the audience when sharing any content with someone. DIF has a facilitator who supports the “translation” of the content from the speaker to the community and makes sure that all the key points are captured well.