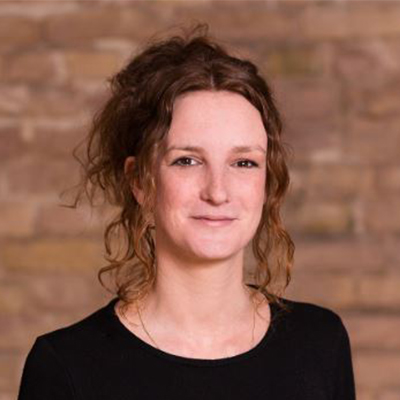 In five years, the global Impact Hub (IH) community has grown to over 16,000 members worldwide with innovation and entrepreneurial hubs in a 100 different cities in 60 countries. During this period of expansion and increased membership, IH learned how to navigate challenges concerning member selection, how to foster organic growth of new hubs, integrate new co-founders into entrepreneurial activities; and to create a knowledge sharing culture that captures the learnings and successes of the community.

Impact Hub is one of the world’s largest networks focused on building entrepreneurial communities for impact at scale. It is home to the innovators, the dreamers and the entrepreneurs who are creating tangible solutions to the world’s most pressing issues.

The Impact Hub network had its first community space in London, Islington, in 2005 and grew to 100+ locations across five continents during the past 14-years. Over the years, the network has faced many challenges when in choosing the right balance between the growth of the community and keeping the intimate connections between the co-founders and the community. The main question we hope to answer with this case is: What were the main challenges IH network faced?

The Impact Hub network had its first community space in London, Islington, in 2005 and grew to 100+ locations across five continents during the past 14-years. Over the years, the network has faced many challenges when in choosing the right balance between the growth of the community and keeping the intimate connections between the co-founders and the community.

The main question we hope to answer with this case is: What were the main challenges IH network faced?

Interview
Challenge 1: Who decides who will joining?
1.
CLOSE

The network has been building its brand, its know-how, and its reputation over so many years. Deciding who is allowed to join has been a trial and error journey in itself. In the very early days, a new founding team would go through a 6-18 month journey of being coached and trained by other co-founders and at the very end, the team would hand in a feasibility study to the entire network. Every Impact Hub location would have one vote on this new team’s application and if the team received a two-thirds majority of positive votes, they received a lifelong Impact Hub license. The new team would be a full member with all equal rights as any other Impact Hub.

The challenge with this approach is that there were times where 50 Impact Hubs would have to read one application of 60+ pages long and make a vote. This was not a sustainable approach so the Impact Hub voted on a committee that would take the decision on behalf of the whole network. That committee was voted on once a year and was comprised of three local Impact Hub co-founders and one member of the global team. This decision allowed for a more sustainable approach to decision making.

Most of the first Impact Hubs were founded by friends of other Impact Hub founders. This accounted for almost all of the organic growth of 50+ Impact Hubs. After that the network took a more proactive growth approach in Africa and Latin America where new founding teams would apply to join a customised growth program that would guarantee a more indepth support for the founding journey. None of those programs involved direct funding to a founding team. One of the biggest challenges was that our expectations were not matching the reality. Joining a network with a deeper support structure that would end at one point? Then what? Moreover, the network grew faster than it could complete proper integration. With the start of these programs, the network faced a growth of 20+ new Impact Hubs a year each needing to be properly onboarded and integrated into the network. All of that to say, that some of the most amazing Impact Hubs came out of those programs and it’s important to make sure that one you decide to grow your community, you are ready to integrate new members.

There were times where the network was facing rapid growth. Because one of the biggest values of the Impact Hub network is its deep intimate connection between founders, the network was facing challenges with a proper integration of new co-founders. The annual in person meetings became crucial. The network decided to increase the amount of trainers each new team would receive to increase the connections each person made. Regional gatherings were implemented to increase the regional bonds among the founders and staff. Additionally, each new founding team had to visit one Impact Hub location to deepen its knowledge and connection. Last but not least, an internal website was launched to support the visibility of founders, staff, knowledge, and impact.

Definitely a big challenge! How do you transfer 14 years of knowledge? You definitely want to make sure that any new member coming into your community understands the history of your community and can access to all of its content.